Writing Notes on my Family 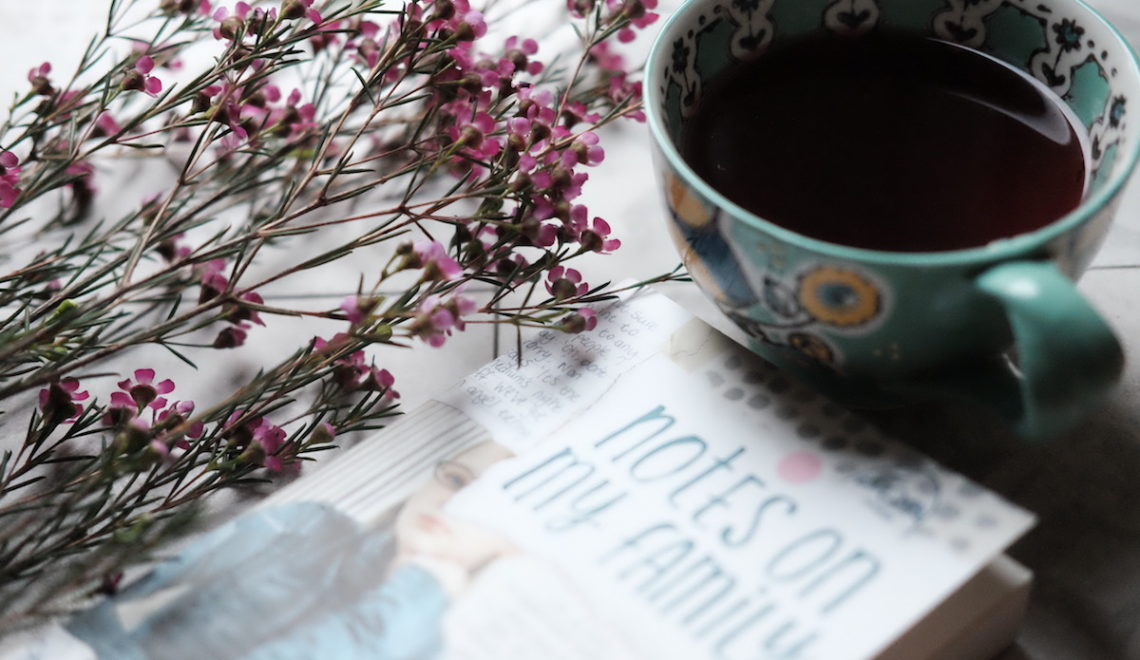 I began writing Notes on My Family during the final year of my undergraduate degree. I studied Creative Writing at London Metropolitan University.

I knew I wanted to write something very different to anything I had attempted before. I wanted to write in the present tense, for the novel to be fast paced, and for there to be a sense of immediacy. It was important for me that the reader felt, from the opening pages, that they were fully immersed in Lou’s world.

I have always been drawn to writing fiction about families. Family dynamics are complex and fascinating. When you have five very different personalities living under one roof there is bound to be conflict, drama and tension, all the elements needed when writing fiction.

I really liked the idea of writing a novel about a dysfunctional family. I originally thought I might write sections of the book from the perspective of the different family members. I started with Lou who, at thirteen and a half, is the baby of the family. Lou’s voice was so strong, so unique, that I very quickly knew that the whole book would be written from her perspective. It was Lou’s story I needed to tell.

I grew up in a village close to a large town in Essex and I used the area as inspiration for the setting of my novel. My mum joked, after reading Notes on My Family, that I had stolen the geography of our old house. I wanted to set my book in suburbia, in a commuter town, similar to the one where I grew up. Lou goes to a very ordinary, and perhaps not the greatest, state school.

Lou is having serious problems at home as well as at school. Lou’s parents announce their divorce, turning her world upside down. Lou’s mum isn’t coping well. Her older brother, Mikey, deals with the situation by baking cakes. Despite the disruption in her life, Lou unexpectedly makes a new friend at school.

I wanted to write a novel about a family in crisis which echoes the chaos of our everyday lives, a novel that reflects the way in which life just keeps coming at us, the way things can so quickly pile-up, whether we have the time to fully process them or not.

I felt having a young teenage protagonist would provide a lot of potential for humour, drama, and character growth over a short period of time. Thirteen is an interesting age. It’s a time of change and of firsts. Lou is socially awkward and isn’t fitting in well at school. Despite all the important issues and milestones in Lou’s life, I knew I wanted the book to be funny and hopeful.

When I began writing I had no idea if the book would ever reach an audience. My intention was simply to finish the first draft. I had made contact with my now agent, Chloe Seager, a year before when I submitted a different book to Diane Banks Associates. Chloe got in touch and asked if I was working on anything. She was building her list as a YA and children’s agent. The timing was perfect. I told her about Notes on My Family and, after a little re-drafting, showed her what I had so far. Chloe loved the book and offered representation. I’ll never forget travelling home from our meeting in Covent Garden, thrilled at being offered representation but terrified at the prospect of finishing the novel.

Working with Chloe was amazing. I felt her passion for the book, for the world and characters I was creating and for the novel’s potential. She understood exactly what I was trying to achieve. Our meetings and discussions were insightful and inspiring and gave me the confidence to continue. Writing is a very solitary occupation and it was great to have someone cheering me on as I worked towards my goal. I finished the first draft and we then spent time working on structure in order to really strengthen the book before submission. We decided, for example, that Lou’s new friend Faith should appear earlier in the book. Faith becomes a very important part of Lou’s life as the novel progresses.

Notes on My Family was published in 2017 by Everything With Words, an independent children’s publisher. Working with Everything With Words was a fantastic experience. As a debut author I had no idea what to expect. We edited and proofread, and I saw early drafts of the cover (which I loved).

There were so many special moments for me; seeing that first cover draft, holding my novel for the first time, walking into a bookshop and seeing it on the shelf, signing copies.

The feedback from readers and reviewers has been so encouraging and it’s wonderful, for me, that people are connecting with Lou and her story.